Last year I actually lost weight during the holidays. It was not a special diet but tweaking my eating habits that allowed me to lose 10 lbs during a time where most people gain 10 lbs. I don’t know about you, but most people come out of the holidays and into the new year broken and bloated.  Conventional wisdom begs the question, “how many pounds can I really gain between Thanksgiving and the new year?” Well, in my experience the answer is 14. Yes.  Once I gained 14 pounds in 14 days. Don’t ask. It was ugly. Last year, however, I decided to see if I could hold my weight in check during the month of parties, baked goods, and eating bonanzas. Not only was I able to keep my weight in check, surprisingly,  I was able to drop 10 lbs during the month of December. Crazy, isn’t it? Here’s how I did it. 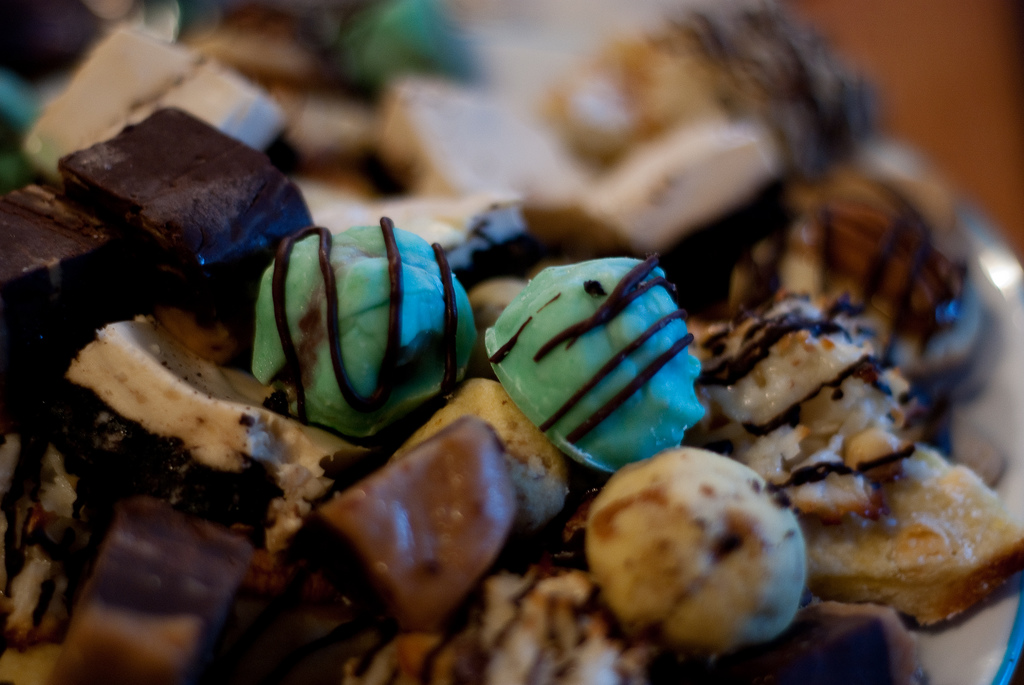 Don’t Stop Working Out. Keep up with your aerobic exercise.  If you aren’t doing it, then get started. I run, cycle, or do both at least 3 times a week. In the northern hemisphere the days are short and the tendency is to skip your workout. Don’t do it. Find a friend and keep each other accountable.

Exchange a Meal. Replaced one meal per day with a high-protein smoothie. Your body needs the protein and not all the carbs. You’ll be amazed how much better you’ll fee anyway.

Find Your Best Calorie. Not all treats, parties, or foods are created equal. Good stuff usually has a ton of calories. I’m thinking of one of my favorite appetizers, brie on croute: brie baked in puff pastry with brown sugar and pecans–about a million calories per serving. I didn’t give up the brie, but I also didn’t eat the Velveeta cheese ball or other high-caloric-and-yet-not-very-tasty treats. If I’m going to eat something high in calories and fat, I make sure it’s something I love and that’s not plastic cheese. Go ahead and be a calorie snob.

Regulate Your Appetite. You’ve always heard not to go grocery shopping on an empty stomach. Well, I sometimes eat something high in protein and low in fat before leaving for a party that I know will feature a lot of tasty but unhealthy options. This way I’m not scarfing down a ton of sausage balls before I even realize it.

If You Fall, Get Back on the Horse Quickly. I know too many people who upon their first diet “fail” decide that “since I already broke the program, I might as well eat whatever I want.” A few nights ago I was getting some water in the kitchen and found a box filled with goodies from a French bakery. It was late, I was weak, and the box was gone a few minutes later. I felt bad about it but decided that the next day was a new opportunity to do it right. Much like each hole in golf, each day is another opportunity to make good choices, even food choices.

Share “How I Lost Weight During The Holidays” by Maurilio Amorim