Great customer service is a powerful thing. When a brand that’s built on concepts such as “simple, easy, and powerful” delivers on its promise, there’s joy in the heart of the consumer and good will abounds for a long time. Today one of our Mac laptops at the office crashed. It’s a machine. It’s bound to happen sooner or later, but it always seems to happen at the most inopportune of times. However,  Mac’s customer support was stellar. I wish churches and Christian organizations would learn from Apple on how to deal with people in crisis. 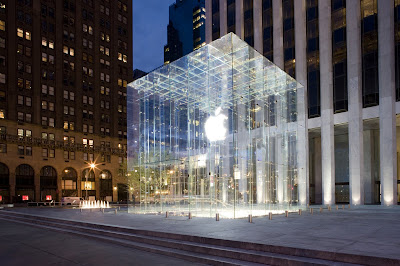 Our 3-year old Macbook’s hard drive crashed. I diagnosed it by the cow-like sound the poor drive made as it was trying unsuccessfully to spin. It needed to be fixed asap. One local vendor wanted $75 to “put us on the front of the line” for repairs. Instead I went to the Apple website, signed up for an appointment at the Genius Bar (Mac’s in-store repair service) at which time the problem would be reviewed and diagnosed just two hours after I had scheduled the appointment, and hoped Apple would be able to help me within 24 hours.

I had my computer fixed 18 minutes after entering the store, and it was free.

It was the easiest, friendliest, and most efficient service team I had seen in a long time. Even though the store was full of people, my name welcomed me on the electronic board as I arrived on time for my appointment. The helpful “genius” plugged in a cable that in a matter of a few seconds gave him the same diagnose: a bad hard drive. He told me that even though the computer was out of warranty, Mac’s quality assurance would replace the hard drive (which came preloaded with the operating system) for free.

For all practical purposes, when your computer/phone is not working, your life is not working. Ok, so it’s not a life-or-death crisis, but a work-computer down means you can’t do jack. If you get paid by billable hours, then every hour you don’t work, you don’t get paid.  How much more seriously should professional Christians (church and ministry leaders) deal with real-life crises of those who need them? Some are doing a great job responding and even anticipating such events. One organization that comes to mind is Soles4Souls led by my good friend Wayne Elsey. Their response time and ability to help has always impressed me.

But for the most part, I find churches and Christian organizations ill prepared to help and resource those who need them the  most. If your brand promise is to share the good news of Jesus as well as His light with the world, you better be ready to help those in crisis, because it is at that point that they’ll decide whether you’re for real or just full of it. It’s not that churches don’t want to serve others. I believe most do. But unless there’s a working system in place to streamline the process, no organization will succeed in proving sustainable help. Intentions are of no help without systems to service them. Apple figured out a simple and effective system to help their customers. I wish Christians would learn from them.

What Christian organization have you seen perform at a level of excellence? What are they doing well?

Share “What Can Apple Teach the Church about Dealing with People in Crisis?” by Maurilio Amorim