The wrong person in your staff can cause you not only headaches, but a bad hire can be the difference between amazing growth and a church split or even an early retirement from the ministry. Not long ago I went to dinner with a friend who shared with me what could’ve been a staffing nightmare. A charismatic personality and a winning smile, had my friend convinced that this man was the right person for a key position in his church. There were red flags, however. First, our candidate seemed very eager to leave his job. He put his house on the market before he even got an official offer from my friend’s church. He began looking for a house in the new city right away. Things were moving fast–too fast indeed. 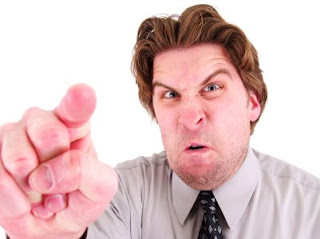 But thanks to a new HR policy my friend’s church had put in place a few months prior, he was able to uncover a web of lies that could have cost him so much of his ministry equity. “Thank God, we were able to find this out before he was hired,” he said relieved. But others aren’t so lucky.

A few years ago, I was contracted by a new pastor of a prominent Florida church to do a secret-shopper visit during the weekend services. I spoke with the pastor several times before my trip and arrived Saturday afternoon for a special college event that night. Once on campus, I soon found out that the pastor who hired me just a couple of weeks before, had been fired that morning. A couple of months earlier, someone mailed the local newspaper a lawsuit against this man by one of his previous church’s board citing that he had sold the church parsonage and kept the money for himself, leaving the church in debt. The news had been difficult for the congregation, but, as churches often do, they forgave the contrite new pastor and moved on with him.

Less than a month later, the same newspaper reporter contacts the church leaders to inform them that on Sunday morning, he was running a story about their new pastor’s credentials. As it turn out, they were “mostly” bogus.

I hate to have been a member of that search committee. Interestingly, this man had baptized 75 people in the last 6 weeks he had been there and the church was filled with anticipation for its future.

Church committees are staff are often eager to hire likeable people but without due diligence and careful screening a bad hire could be disastrous.

What’s your experience with a bad hire?

Share “Bad Church Hires: What You Don’t Know Can Cost You a Lot” by Maurilio Amorim