If you’ve lived long enough, you’ve had to apologize multiple times and, if you’re a married man, you’ve done it countless times. But not all apologies are the same. Some people apologize because they get caught and now must find a way clean it up. Others manage to say sorry while shifting the blame to someone else like their employees or to the ever-so-nebulous “unforeseen circumstances.” 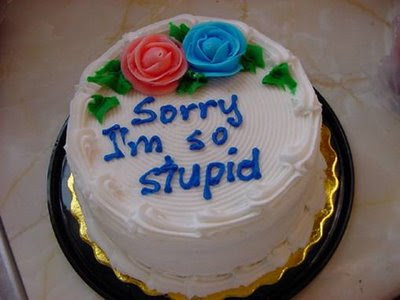 Sunday I had to apologize to my youngest son for losing my patience with him and behaving in a matter that was inappropriate and frankly, wrong. He quickly forgave me and we ended up snuggling on the couch as we watched a movie together.

As a leader, I have had to make my share of apologies as well. This week I was reminded of how powerful and effective an apology can be by Jeff Bezos, CEO of Amazon.com. Amazon “erased” several books from people’s Kindles that, according to the company, had been uploaded illegally. They clearly mishandled the situation by deleting these purchases and refunding buyers without any notice. However, Jeff’s apology saved the day.


This is an apology for the way we previously handled illegally sold copies of 1984 and other novels on Kindle. Our “solution” to the problem was stupid, thoughtless, and painfully out of line with our principles. It is wholly self-inflicted, and we deserve the criticism we’ve received. We will use the scar tissue from this painful mistake to help make better decisions going forward, ones that match our mission.

With deep apology to our customers,

How have apologies (good or bad) affected you?

Share “The Right Way to Apologize” by Maurilio Amorim