I’m often cautious when local media wants to feature one of our church clients because I never know the journalist’s intent and often hidden agenda. Needless to say, I was very concerned when I got a call early this summer from a writer for The New Yorker who was doing a feature story on Faith Church, in New Millford, CT. Local media is scary enough, but this was a whole new league of potential bad press. 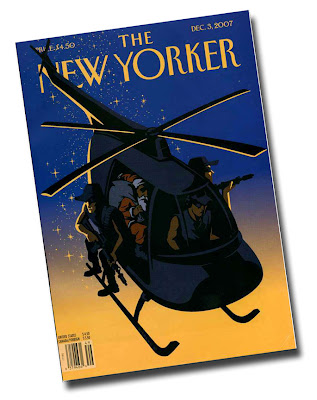 Faith Church is our oldest client and its Pastor, Frank Santora, has become a close friend over the many years we’ve worked together. I met Frank

before he even had turned 30 years old, and have walked with him during
three different capital campaigns, a church name change, 400% growth in the last 7 years, a relocation project, major stylistic and staff changes: the works. Faith Church is one of a few mega churches in New England and is making a difference in their community and beyond.
The writer called and wanted to ask me a few questions which after discussion with Frank the situation, I agreed to answer. What was supposed to be a few minutes on the phone, turned out to be close to a two-hour phone interview. But as the days went on, I forgot all about the story until two weeks ago. Another reporter called to verify my direct and indirect quotes and I noticed that they were many. Only then that I realized that this was not a blurb buried somewhere in the magazine, but a long feature story.
This week’s New Yorker, not only featured 9 pages on Faith Church, but also had a bonus slide show on their website. After apprehensively reading through the story, I must say that the writer, Frances FitzGerald, did a fair job in telling Frank Santora and Faith Church’s story. She quoted both Rick Warren and Bill Hybels on the seeker movement as well as John McCarthur’s criticism of the movement, but she did it well with not a hint of an agenda to discredit, poke fun or minimize the church’s accomplishments. By The New Yorker standards, this is a gracious and even positive take on both Frank and the church.
I often hear that there’s no such a thing as negative press—any press is good press. That’s not so for churches who often spend years of work and tons of resources to build goodwill in their communities only to have a malicious reporter undo a lot of their hard-earned work. This time I’m glad that Ms. FitzGerald got it right. But I regret she didn’t include The A Group website along with my quotes. Oh, Well.