Likeable people do better in life in general. They attract more people to them, along with opportunities and invitations. Some say they are likeable because they get more “breaks” than the average person. I think it’s the opposite, and there is a lot of research to back up my opinion. I wrote about the happiness advantage here. But if likeable people get further in life, can we become more likeable, or are we dealing with an inherited genetic code that has our gregarious dial preset before birth? No matter what our natural predisposition is, I’m certain we all can improve our likeability factor by changing a few key behaviors. 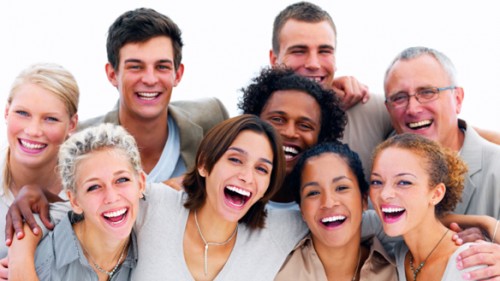 Stop talking about yourself. When we meet new people, the natural tendency is to tell them all about us. Likeable people do the opposite. They find a way to engage the other party in talking about themselves. The more someone talks about themselves, the more they will like you. Just don’t be the one doing all the talking.

Smile. It amazes me how many people walk around looking like they are ready to pick a fight. Next time you’re in a crowd of people you don’t know well, try smiling. You’ll find people walk over to you and introduce themselves to you. Just don’t smile and wink at the same time. You’ll attract a whole different type of attention.

Don’t argue. This goes hand in hand with listening more than talking. Likeable people focus on what they have in common with their audience instead of their differences. Argumentative people want to know your political and religious views right off the bat so they can make clear where they stand. If you start there, expect people to slowly walk away from you and your diatribes and join the smiling pleasant guy on the other side of the room.

What other behaviors of pleasant people would you include in this list?

Share “How to Become More Likeable” by Maurilio Amorim