I was stuck in my career until David Foster offered me a job based on the potential he saw in me. Late into my twenties, I worked on the staff of a small, traditional congregation, but my heart yearned to reach those outside the faith with a non-traditional approach to church. My experience, however, showed a completely different type of ministry. During that time I felt like being in a no-man’s land where my desires and opportunities were not in sync. David’s vote of confidence in my abilities was the catalyst that changed the course of my entire career. 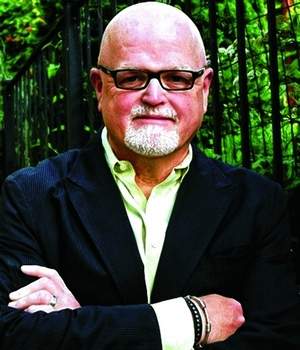 Sometime in the early hours of Monday, David woke up in heaven. He was only 58. During my nearly seven years of working for him, I learned a lot from Dave, but a few of these lessons are salient in my mind today.

Church should be a safe place for the broken. David used to say that the better we do our jobs reaching those outside the faith, the messier and more complicated things would get. He was right. We worked hard to create an environment where God would be the one changing people’s hearts and not a preacher’s expectation for them to cosmetically “clean up” their act. Transform the heart first, then everything else will follow. It was a paradigm shift that changed my thinking and my life.

Don’t ever say “no” for someone.  I would often be timid about asking volunteers and staff to go above and beyond the call of duty. Dave would remind me that my job was to make the ask and let people decide how to answer. Since then I have been surprised by people’s generosity and their ability to go the extra mile when asked.

Try new ideas, even crazy ones. David was very creative. Together we were dangerous. We would come up with all kinds of ideas. Some were brilliant; others short of disastrous, as the time we decided it would be a good illustration to have a mock funeral during the weekend services complete with a casket, pall bearers and a fake eulogy. But no matter what happened, we would always ask the open-ended questions: “How can we reach more people, touch more lives, and impact further those around us?”

Trust is sacred. While we sometimes did not see eye to eye on every issue or decision, we both trusted one another. I have seen how important trust has become in my personal and professional life over the years. David was a trustworthy friend and boss.

David Foster left us too soon, but I owe to him the opportunity to have been part of a community of believers that has impacted so many over the years, and the privilege to have served with great people, many of whom have become life-long friends. A visionary leader not only sees the future of an organization, but he also recognizes the potential in people and compels them to reach new heights. Dave certainly did that for me.

Who in your life has propelled you to become a better person, or even a more competent professional?