A life well lived happens in the context of relationships. I’m convinced of that. God designed humans to be in community with one another. That’s why food tastes better when shared with friends and a beautiful sunset experienced with a loved one stays with you forever. But successful marriages, partnerships, or friendships need attention and even what I call “relational promises.” These set of values or promises help me frame my commitment to family and friends in a way that holds me accountable to my end of the relationship. One of the most important promises I make my friends is to always give them the benefit of the doubt. A true friend will defend, uphold and protect publicly, but question privately. 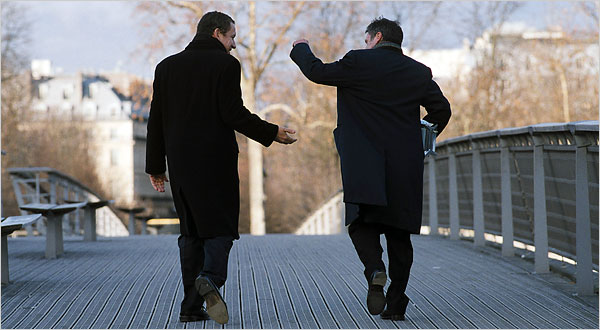 We all have been there–during a conversation a salient tidbit of gossip comes up about a friend who’s not present. Sometimes it’s an accusation by someone who’s been hurt. We have a split second to react. We can nod and agree, we can ignore what’s being said and move on, or we can defend our friend, not matter the verdict of the popular vote.

Years ago I failed a friend by not coming to his rescue during a heated discussion with a group who felt wronged by him. My rationale for keeping my mouth shut was based on the convincing “facts” of the conversation that eventually turned out to be bogus. I chose not to engage the accusers and my silence was an indictment of my friend as far as everyone in the room was concerned.

I remember the disappointment I felt in myself as I confronted my friend with the accusations and heard his side of the story. I felt awful. By being silent I was not being neutral. By not defending a loved one, I shamefully agreed with the mob and failed to do what true friends do: believe the best about those you love.

My promise to my friends is to believe the best in them, to defend them publicly, and to always give them the benefit of the doubt. But I also promise to question and confront them privately in order to make sure they haven’t fallen and need my help getting back up. That’s when you really need a good friend.

What promises do you make to your friends?

Share “A Promise to My Friends” by Maurilio Amorim