I knew I was in trouble even before I began reading a very thought-provoking post on social media by Mitch Joel, Confessions of a Narcissist brought to my attention by Mike Hyatt.  The title alone was convicting. In his post, Joel unplugs from the Matrix long enough to see what we have often feared would happen: a feeding frenzy of the cult of ME. Social media has empowered narcissism to a new level and given it legs to run amuck. He poignantly writes:

The true destination for most of our online endeavors really are the new media equivalent of the biblical statues that were presented as deities. These digital shrines that we create to ourselves. 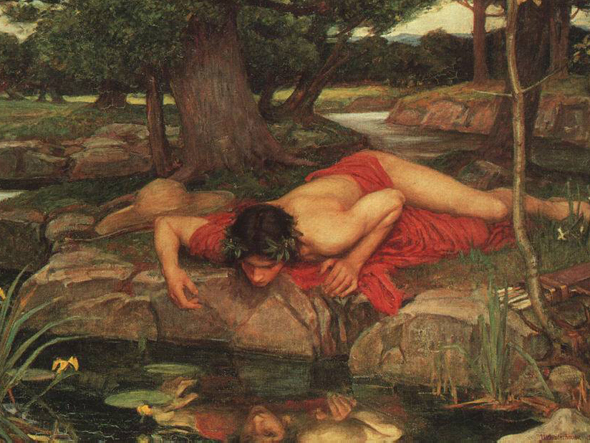 The post hit  a nerve with me. Intellectually I know that social or any type of media is inherently neutral. Unlike some who believe Facebook, and Twitter and whatever new social network a 19 year-old starts tomorrow are the new paths to destruction, I realize they are just tools. They serve us; however, we feed them.

I think Mitch Joel is right. We are narcissistic. No, I am narcissistic. Too often my interaction with people is more about me than anyone else.

But what if those of us who claim to be Christ followers decided to redeem our social media footprint for a cause greater than the pursuit of notoriety?

That’s the same question we should ask about the pursuit of riches, influence, knowledge or anything else in our lives. I’ve been fortunate to have known people who made millions so they could give away millions, some who are influential so they could speak for those without a voice. But am I pursuing an ever-growing online audience for their sake instead of mine? Are you?

If you have followed my blog for any length of time, you have read my diatribes on the pitfalls of bad strategy, or the lack thereof, in projects, businesses, and churches. Some of us even have a sophisticated business strategy for our social media presence, but what about a faith one?

What kind of impact could Christians have if we were more interested in helping a world in pain than in how good we look to our digital friends? That’s the question I’ll be wrestling with for the next few days.

How can we redeem our online presence without becoming weird, obnoxious or confrontational?

Share “Narcissism, Social Media, Christianity and Me” by Maurilio Amorim