Saturday mornings I do my long run with a group of runners. We meet at the Gates of Percy Warner park in Nashville, TN. Percy and Edwin Warner parks feature 2,684 acres of some of the most beautiful woods in Tennessee. Lot’s of runners make these parks their favorite running grounds along with my running group. I’ve noticed a trend lately that has me a bit miffed. Runners who are coming opposite side from our group who look us in the eye but won’t acknowledge our gregarious “good morning,” or a friendly smile followed by a wave if the runner has ear plugs in. That’s just plain rude. 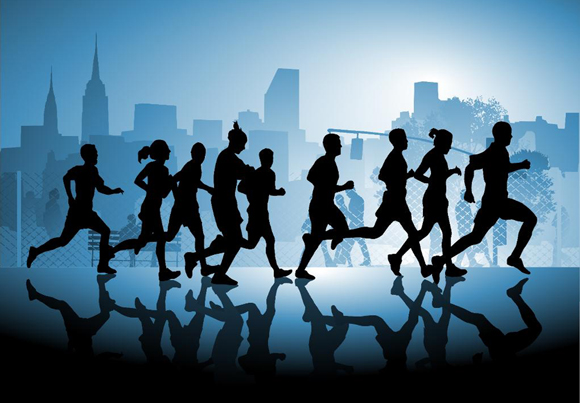 I haven’t seen a guide for runner etiquette but I’m sure there’s one somewhere. Here’s a few rules that should be in it:

1. If you make eye contact with another runner, smile or wave or say hello or maybe do all of them, just don’t stare them down as you cross paths, unless you’re a northerner running up north. If you’re a northern transplant in the South then this rule applies.

2. Runners run facing traffic. I’ve run facing traffic while another runner in front of me ran on the right side of the road. An incoming car got distracted looked at the other guy and almost took me out. I had to jump in a ditch at the last minute. At my age, ditch jumping is not pretty.

3. If you’re running with a group in a busy street, stay single file as close to the edge of the road as you can. Often groups of runners feel like they own the road. You don’t. But also drivers should move as far from runners (and cyclists as well) as possible. If there’s no traffic coming towards you, it’s ok to cross into the other lane to avoid hitting runners. I almost got clipped today by someone driving a Buick. (notice I didn’t say an old person, but hey, it was a Buick. Case closed).

5. If someone in your running group is having a bad day and they can’t run as fast as the rest of the group, then take turns running alongside your slowest friend. It’s good for the entire group to “share the love” instead expecting a single runner to stay behind, or worse, leave the weakest link to fend for himself. Yes, I’m talking about me.

6. If you’re going on a long run, bring water. It’s ok if you occasionally forget and mooch off some one else’s water, but making a habit of not bringing water will get you off the running team’s email list in a hurry. No one wants your germs.

7. Don’t eat chocolate before a run. Ok. that’s just a personal reminder of a running tragedy after I ate chocolate and went for a 10-miler. No, I didn’t finished it.

8. If you sweat like crazy, make sure you run behind or to the side of the group. We don’t want your sweat flung our way.

9. Group running is therapeutic. If you don’t want to hear all the drama in your running mates lives, run alone.

10. If you have women in your group and an attractive female appears on the scene. Do not acknowledge her in any way form or shape, specially shape, or your running partners will turn on you and shun you from the group. So I hear.

This is by no means comprehensive. What did I forget?