Last week I had chance of visiting with the leadership of TWR Brazil. While there’s so much I would like to say about my 4 days in Sao Paulo, here’s a random dump of observations:

1. Evangelical Christianity is booming in Brazil. Entrepreneurial Christians are taking the gospel further into the remote parts of Brazil and using technology to reach large cities as well as remote jungle locations. God is alive and well in South America. 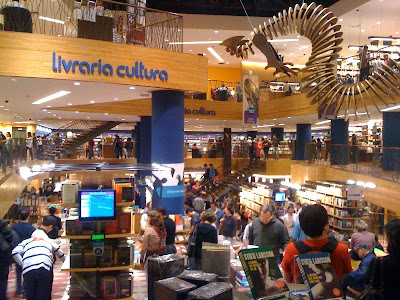 2. TWR Brazil has a great leadership team that is visionary and entrepreneurial. I believe their best days are before them. Not only TWR reaches the entire nation via radio waves, they now have a growing publishing division that’s resourcing their listening audience and finding new audiences. 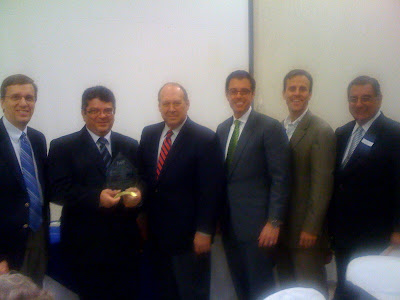 3. We might be in a global recession, but someone forgot to let Brazil know that. Shopping Malls and book stores were overflowing with people making all kinds of purchases. Ad these were not cheap items either. Brazil is a great business opportunity at the moment. 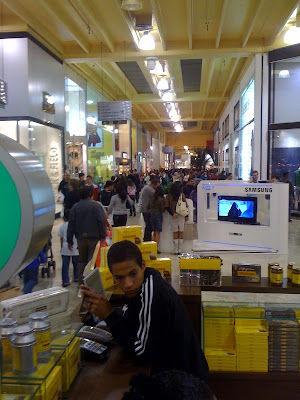 Shopping Mall traffic. I thought it was Black Friday it was so busy!

4. Brazilians consume meat in amazingly large quantities. I ate my weight in beef in my 4 days in Sao Paulo. Fruits and vegetables abound but beef is king. It’s plentiful and economical. 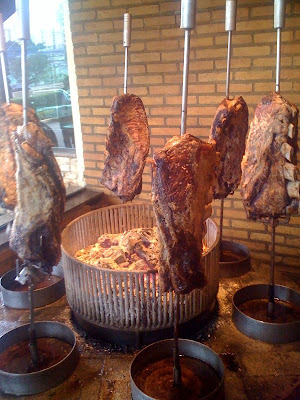 Brazilian Churrascaria cooks several kinds of beef and gauchos bring skewers much like these to the table often and you eat as much as you care to. And I cared a lot.

5. Business is not all about the bottom-line numbers. It’s true that in most cultures, relationships are very important. Brazilians take that to another whole level where 3-hour lunches and dinners past midnight have as much to do with closing the deal as the proforma. 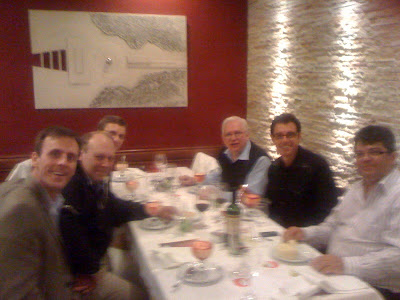 Long lunches and longer dinners deepen relationships. If you don’t enjoy people, you might not want to do business in Brazil.

6. I shouldn’t complain about US traffic. 6 million cars on the roads make Sao Paulo a driving nightmare. It took us almost 2 hours to drive the 15 miles from the airport to our hotel. The fastest growing transportation vehicle in Sao Paulo for business executives is the helicopter. Most downtown buildings have helipads where business men fly in and out to escape the traffic as well as crime. 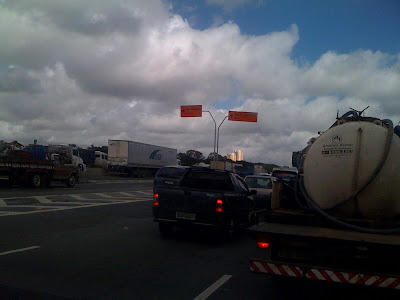 If you think your traffic issues are bad, think again.

7. I take for granted how safe my life in Brentwood is. I asked one of our Brazilian hosts if it was safe for me to run on their streets. “Yes, it’s safe. But leave your iPod and watch at the hotel, don’t look around like a tourist, and wear old running shoes and you should be ok.” Needless to say, I ran on the treadmill at the hotel. At few different times as we stopped at a traffic light, our driver would say, “please put your phones down. You don’t want to call attention.” I wouldn’t last long there.

8. Americans are not the only generous people in the world. I’m so proud of how much American’s give to causes, especially Christians in this country. But I saw first hand how TWR Brazil raised over 1.2 million dollars in support from their 15 board members in one day. 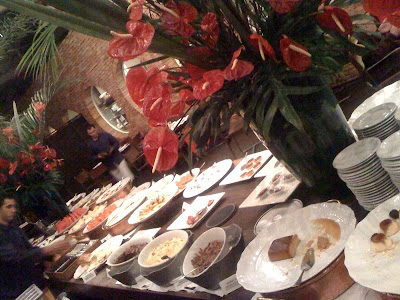 This restaurant had a 120-year old fig tree growing in its middle and a table with 40 desserts to choose from. I had to plowed my way through it, but it was well worth it. 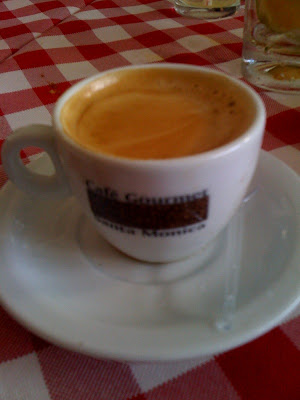 Cafezinho (small coffee). Don’t let the small size fool you. This stuff is powerful. By the end of the first day I had so many of them that I couldn’t sleep at night. Good times!
A trip to another country always helps me to broaden my worldview. Where have you been that has had a lasting impact on your life?