This was my first day ever to be called for the dreaded, or loved, jury duty. It was something I hoped to escape altogether, but with only two days left in my window of service, I got called in. Being a product of our popular culture, I envisioned my experience as a juror playing out much like a scened from popular shows like Law & Order, Bones or CSI. Some of you followed my tweets (learn more about Twitter from fellow blogger and Twitter Master Mike Hyatt here) during my illegal postings from the courtroom throughout the morning. Here’s 6 ways real life courtroom is different from your favorite tv courtroom. 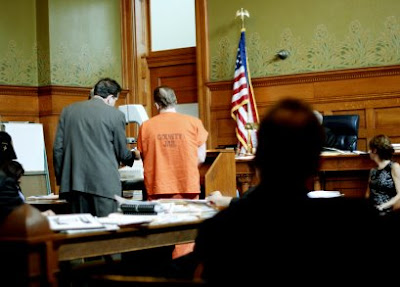 Fortunately, I was dismissed before the real trial began. I might be called back tomorrow. If so, I’m taking my own musical score with me: remember Ally McBeal?