The 2006 Brazilian National team was favorite to win the World Cup. They were touted as, potentially, the most talented soccer team ever assembled. Yet, the world favorite was eliminated during the quarter finals much to the disappointment of Brazilians worldwide, including yours truly. What happened? How can so much raw talent, experience and stardom result in such a poor performance? While some blame Brazil’s coach, Parreira, most of us saw clearly the problem play itself out on the field: superstars who could not play together as a team. It was obvious that the players were more preoccupied in looking good than winning games. 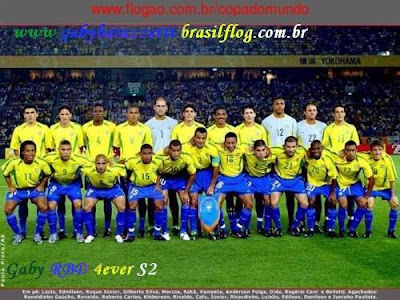 Individually, they were the best in the world; together, however, they were less than the sum total of their talents.

All the pride and praise of Brazil’s “jogo bonito,” translated “the beautiful game” could not make up for the lack of team spirit and comradely on the field. Individually, these guys were the best in the world at their position; together, however, they were less than the sum of their talents.

As I build my team at The A Group and as I help my clients build their teams of talented, creative and effective professionals, I’m keenly aware that talent alone does not cut it. It never has. These days I hire on three levels: character, competence and chemistry. Sure I want to hire the most honest and talented person I can find for the job, but not at the expense of the team chemistry. In the past few years, I have changed the way I interview for openings in my company. While each potential hire has to meet our toughest job standards, he or she will not be hired unless the entire department feels good about them–after all, we are a small collaborative group and even one odd person can change the entire team dynamics.

It has taken me a long time to learn this lesson. I wish I’d learned it a long time ago. It would have saved me a lot of pain over the years. In last few years we have passed on some great talent because they were not a good “fit” for our creative and professional culture. I have learned to trust my team’s collective instincts, and have regretted when I’ve gone against them.