You don’t wan to mess with these guys, much less have them on your staff. If any of these professional types finds his way into your team, make sure you deal with them swiftly and remove them from power as soon as possible. In my experience, the longer they stay, the faster your business or ministry will be derailed. It’s not a matter of if, but of when. 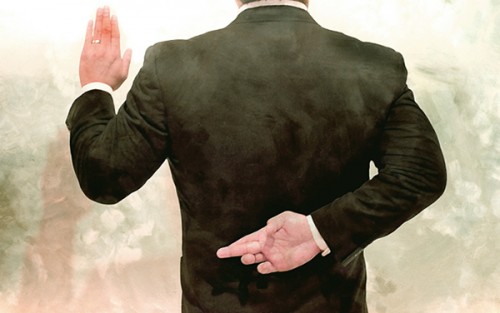 Old School Board. No these are not school board members who are old, but old board members who have lost touch with anything current. “Social media? That’s just an0ther fad.” I have seen more dynamic ideas die during ministry presentations due to board members’ inabilities to grasp the importance and significance of communicating with digital natives. If your board has more people in their 70s and 80s than people in their 30s and 40s you might be in trouble, serious trouble.

IT Terrorist. This is the guy who holds all good ideas hostage on the fear of “It’s a security issue why we cannot do that.” or “We would have to revamp all of our systems to be able to do that.” Those words send fear and trepidation down the spines of ministry leaders as well as CEOs everywhere. I find that often they either don’t know what they are talking about or if they do, they don’t want to go through the hassle of changing. And in either case, the organization loses.

Insecure Leader. No great idea can come from any other person but himself. The insecure leader will hire poorly because he is threatened by talent. And if he makes a mistakes and manages to bring someone on board who’s smarter and better than he, he will marginalized the poor guy until he’s ready to quit. If you have an insecure leader working for you, watch closely his direct reports and watch the talented ones leave.

Incompetent saboteur. He’s not incompetent at sabotaging ideas. He’s just incompetent period, and therefore, will sabotage any idea that threatens his job. His thinking is more like “Why try and fail, if I can stop the idea from even getting off the ground!” He’s always the guy giving you all the reasons your next idea will not work. Unfortunately, the savvy saboteur will agree with you in a meeting and undermine your efforts later on.

Ego maniac.“If it’s not about me, I don’t want to have anything to do with it.” That’s the egomaniac’s modus operandi. His personal agenda trumps the win for the company and his team. While he might be a superstar, his self-interest will end up doing more damage to your team than good.

What other professional type would you include in this list?