While in Vienna last week, I couldn’t help notice the traditional Austrian Loden jacket, sometimes called a tracht coat. It’s popular in Bavaria and Austria and has been around for centuries. The coat is often made of wool, where the fibers are boiled than pressed and become water repellent called Loden wool. These days it is blended with alpaca, mohair, camel or cashmere. Loden is traditionally of dark green color with a laid down and pressed pile finish.

I really liked the six buttons on the front and the streamlined collar, or, as some refer to it, “collarless.” I went ahead and bought one for the Fall. I chose the traditional navy Loden wool and cashmere with brass buttons–a thing of beauty if I say so myself.  I hate to have to wait several months before I get to wear mine, but since these jackets have been around for hundreds of years, I’m not worried they will become unfashionable anytime soon. 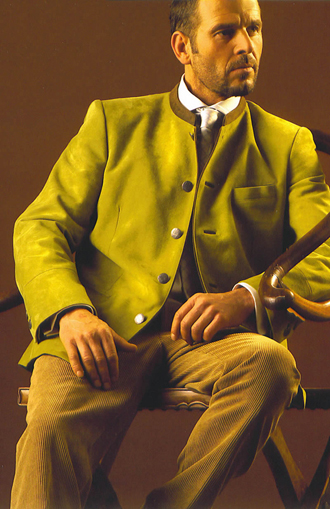 I like the coat, but I'm not sure I'm ready for "saffron" as a color option 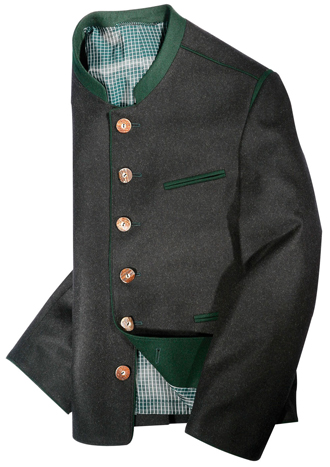 With all these buttons the ettique is to button only buttons 3,4,5 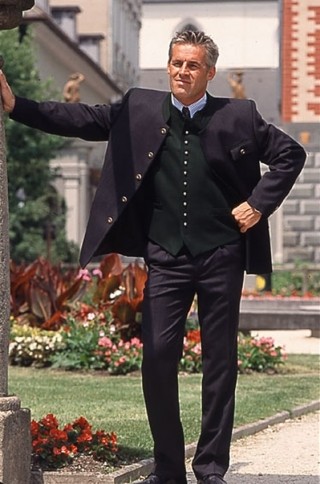 Love the jacket. The vest, not so much. Too many buttons. I cannot imagine going through airport security trying to take that vest off because of the brass buttons.

They now come in different materials. Here in leather.

What’s your take on the Austrian jacket?