“I’m in a different stage of my life right now,” said the young man across the counter as I asked him if he went to church. “I don’t like what organized religion has become,” he continued. I hear a variation of that reasoning quite often. But as I probed and asked about his church background, I was not expecting his answer.

As he told me his story, he mentioned growing up in a church I know well in another city. Years ago, it was one of the most dynamic evangelical churches in that metropolitan area. It grew to mega church status and one day the fighting began. First it was over church governance, and then over musical styles, and then over whatever else people could find polarizing.  it grew ugly until the inevitable split. It was a mess. No one won. No one. Some have claimed victory, however. But the greatest loss to me was the disillusionment of young men and women who watched their parents, grandparents, mentors, heroes of the faith engage in a selfish, unforgiving, ugly battle over mere preferences. 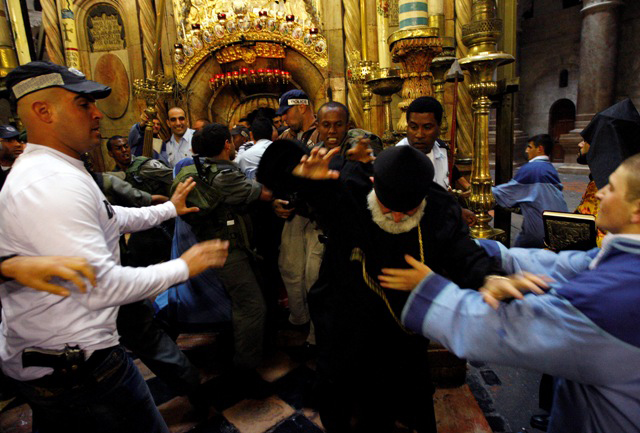 I know the story well. There was no just cause there. No one was fighting heresy or a scandalous financial or moral cover up. They fought hard over preferences, the trivial. It broke my heart to heart to hear that this 26 year old who grew up in what once was a great church now is questioning his entire belief foundation. I don’t blame him. I have been around enough church fights that I can see how someone would be willing to walk away and never come back. I even considered doing it myself.

I’m sure there are many victims of ugly church splits wandering outside any faith community because those who should have known better, the supposedly spiritually mature, failed them miserably. I don’t have a solution for this problem. The human condition is never going to get better. Righteous indignation will rise up when someone decides to mess with the color of the church carpet, and people will need to be mobilize to stop the travesty from happening.

The one thing I can do is to keep my own heart in check and to save that righteous indignation for the things that really matter such as those facing a Christ-less eternity, human trafficking, hunger, child abuse. I pray for a proper perspective on what’s important and what’s trivial, and if I ever confuse them, may God take me home before I cause people like my young friend to wander from their faith.

Have you see The Church at its worst? How has that impacted your life?