Yesterday was an interesting day. I spent most of it carrying a mannequin around downtown Nashville in sub freezing temperatures. I carried “Pat,” our androgynous articulated dummy, through busy streets for a video shoot. For this piece, we placed Pat strategically around crowds, street corners and traffic and filmed “life” happening around a stiff, gray representation of a man (even though Pat is technically a woman dummy dressed like a man, but I digress). While I knew people might find the whole scene curious, I didn’t expect it to open the doors for a faith conversation. 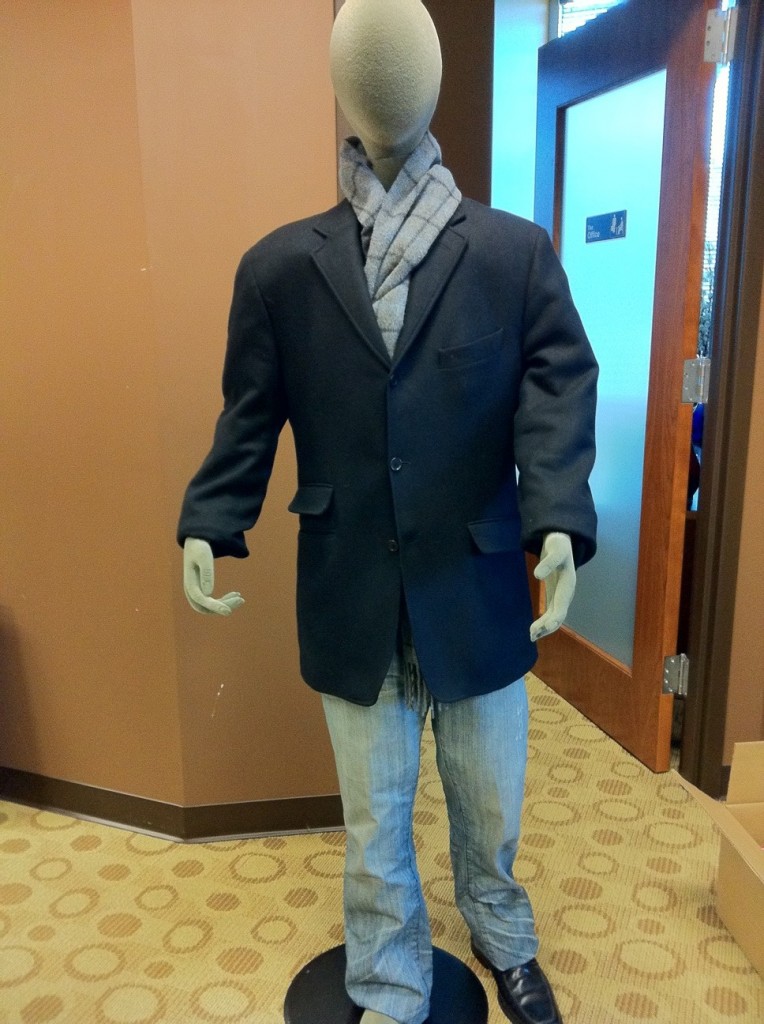 Periodically throughout the day someone would approach me and asked what we were doing. “Do you ever feel like life is passing you by and you’re paralyzed or stuck? People come and go but you’re not moving?” Most just shook their heads in agreement. “This mannequin represents us when we feel stuck and in need of a new beginning.”  As people understood the concept, their eyes would light up as if our foam dummy just came to life and became the actor playing their story in a drama.

Parker served us lunch and since Pat stood beside the table, he was compelled to ask me what was going on.  I gave him my speech. “I can relate to that,” he said. “Just a few months ago, my life was stuck in a place I didn’t like. Now I’m traveling through America and then through Europe trying to find my way, my path.”

In that instance, I knew I had an opportunity to share a bit of my faith journey with Parker. “What about your faith search? Are you searching for God as well?” Parker was very open to the conversation, “I’m not religious,” he said and began to describe his past as being raised Christian, but that was no longer what he believed. For the next few minutes I tried to connect him back with a God who loves him and wants to be in a relationship with him. I asked him to be open and honest and ask God to help him find truth and find his way. It was a great conversation, and I pray that God uses my words to impact Parker way beyond our time together.

Pat taught me something today: if you are an approachable person, people will engage you and give you a chance to impact their lives.  (I didn’t know before today, but if you carry a mannequin around that means you’re approachable–or at least peculiar in a non-threatening way). Truthfully, I probably could have had the same spiritual discussion with most every person who spoke to me during the shoot.

When was the last time you engaged a total stranger in a faith conversation? Would you do it if I lend you Pat?

Share “Mannequin Evangelism: A Faith Discussion When You Least Expect” by Maurilio Amorim