God has a way to intersect our lives during the mundane to do something amazing when we least expect. I call these moments “divine appointments.” These are times when God places people, often the unlikely, in an intersecting path with our own, but the result is seldom what we anticipate. It’s usually something truly inspired. Unfortunately, I, for one, too often fail to see these divine appointments for what they are, and let them pass by unaware of their power to change lives, mostly mine. 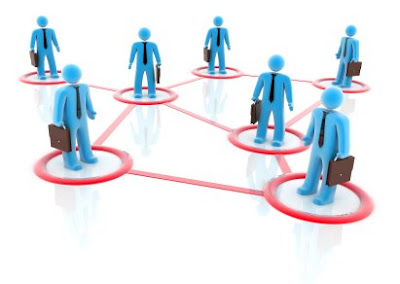 I travel a lot–frankly more than I want to, but it’s necessary to do my job. One of the things I enjoy about flying is the time it affords me to read , to write, or to just nap after a long day (I’m one of the few people who can sleep soundly in a plane). A few months ago I was on a flight and, for reasons I didn’t understand at the time, I felt compelled to engage the man sitting next to me. It was a strange prompting. It called for me to put down my book and begin a conversation with a total stranger.

Last time I had such a feeling, the passenger next to me became a Christian before the flight landed, so I knew better than to ignore it. The fellow turned out to be a friendly young man, who told me he worked for a marketing company that specializes in the automotive sector. This was a short one hour flight and the conversation never went beyond that. Even though we hit it off personally, I never got a chance to share my faith or anything of significance with him, and I felt disappointed in what seem to be a missed opportunity.

The next day as I boarded the plane back home–you’ve guessed it–there he was, standing in line. And, yes, he sat next to me again. I was completely blown away. In all my years of travel, and in all the flights I’ve been on, this was a first. Emboldened by the apparent crazy coincidence, I wasted no time and went for the whole enchilada at once:


“man, I don’t know you from Adam, but one thing I’m sure, God has put you in my path twice in two days, and I want to be obedient to Him and find out why. So what’s going on with your life?”

As I’m saying those words I’m thinking “great, I just freaked the dude out completely.” And frankly, I could see the struggle on his face as the man tried to figure out if I was right or just plan nuts. I waited for the verdict during what seemed like an eternity. Finally a big smile came on as he decided I was ok. He then began to tell me about his career, about the fact he was on a job interview and his struggle with his Christian faith. It was an hour confession from the man on seat 12c.

I prayed with him and pledged to walk with him both through his job opportunities as well as his faith journey. Since then we’ve kept in touch through emails and phone conversations. Today he called to let me know that he made the decision on his new career opportunity. “Man, you’ve helped me so much. I couldn’t have done it without you,” he said over the phone. Well, I know he could have, but God chose for my story to intersect with his and for us to walk together for a while.

This chapter for him is done, but the story is not finished. We’re still talking about his spiritual life and restoring his faith walk. The interesting thing for me is that through this whole process, God has made my life richer, my next casual encounter more meaningful. The inconvenience of travel has become the opportunity of ministry. Tomorrow morning, I’m flying out again. I can’t wait to see what happens.