It’s easy for me to be a critic.  I grew up in a family that prided itself in finding what’s wrong with the world and each other. It was sort of a sport around the dinner table to see who would outwit the rest and deliver the best put down. We all laughed, but someone always got hurt.

Now I’m a professional critic whose livelihood is partially funded by my ability to discern what’s wrong or what’s not working and help organizations move to the next level. This is a dangerous profession, and I’m very aware of the insidious negativity that can creep in and suck the life out of every experience. I have to work hard on being positive because cynicism and negativity are the first ones at the gate. 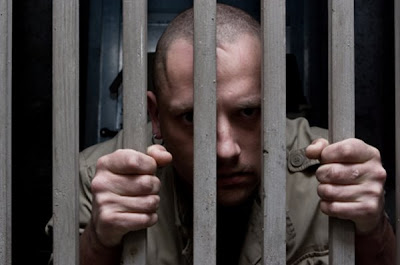 When the critic in me starts to take over my heart, I go back to the words of Henri Nouwen. He taught at Harvard and Yale and gave up his career to work among those who were severely physically and mentally challenged. This is what he writes about an angry man:

He sat in front of me. He was in his early sixties. The deep lines in his face, his unkempt hair, but mostly his burned-out eyes showed he was a very unhappy man. We talked about the weather, “It’s hot” he said, “Much too hot, I can hardly breathe, the humidity kills me.” I tried to cheer him up a little by saying, ‘We can use a little sun, and the humidity, well think of it as a free sauna.’ But he did not hear me. No smile came to his face. He began to talk about a colleague who left him many years ago. About a friend who had not called or written to him for two months, and about his neighbors who kept him awake during the afternoon when he wanted to take a nap. My presence was little more than an occasion for him to pour out his many complaints.

He pointed out to me the corruption in our government, the war in Bosnia, the hunger in Somalia, the violence in South Africa. “The world is falling apart all over the place”, he said, “the television, the radio, the newspapers, they all show it. And they don’t even show the full truth.” I felt a sensation of darkness creeping around me. Where is this darkness coming from, I wondered. I am face to face with an angry man.

I don’t want to end up like the angry man and those whose lives are dedicated to criticizing, denouncing, exposing, and judging people…whom most often, they don’t even know. Sadly, the internet has given all of us a perfect dark place to hide and hate.

I fight the tension of seeing what needs to be improved and of becoming the critic who cannot find good in much of anything. This post is mostly for me. I need to be reminded from time to time the reason for what I do, and that regardless of all that still needs to be done and improved, I need to find the heart inside of the critic, the altruistic purpose for the change.

My prayer is that I don’t become the angry man Nouwen encountered and that my words would propel people forward instead of steal the joy out of what they do.

How have you been impacted by a critic in your life?

Share “The Trap of the Critic” by Maurilio Amorim