Every man needs a good bathing suit, especially during the summer. And if you’re at the pool, lake or beach you’re always having to change into something nicer to go to a restaurant or a walk down the street. In my mind, exchanging my boardshorts for dress shorts means I’m done having fun in the water. Now, thanks to the new hybrid boardshorts, I don’t have to change from bathing suit to street wear.

While boardshorts have been a staple in men’s wear for several years and have grown in popularity, they still most worn around water. There are exceptions to the rule however, like my friend Christian, who wears them as his workout shorts. While he can pull off the boardshorts-outside-the-pool look, most guys can’t. We’d just look goofy. But then enter O’Neill to the rescue.

The hybrid boardshorts are just what the name claims: a bathing suit that looks like dress shorts. It dries fast, it has secured pockets and it looks good enough to go out in the town without a second thought. If you don’t tell, no one will suspect that you just came from the water. Well, they might smell the chlorine or the lake water if you didn’t rinse off first, but again, that’s a hygiene problem and not a fashion issue.

Last week, while on the beach, I wore my O’Neill’s hybrid and they held up great outside the water. I must say they were a bit heavier than their water-only cousins, but the small inconvenience is well worth for the ability to go from the beach, to the pool, to the movies and out to eat without having to go back to the condo. 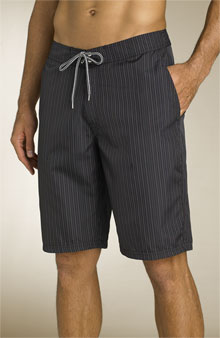 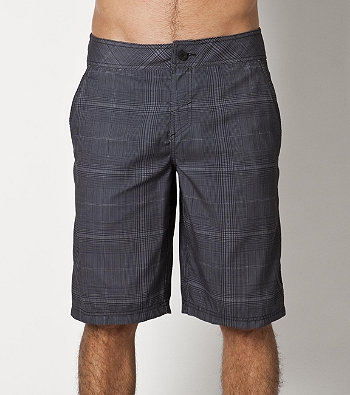 Pretty conservative for surfer wear. They even named this "The Wall Street." You can surf and make money at the same time. 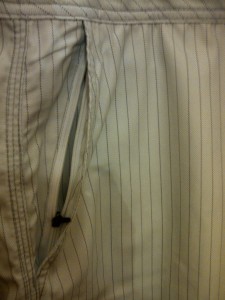 Cool feature: the pockets can be zipped up while you're in the water and opened when you're ready to hit the town. However, it's hidden.

What’s your take on the hybrid boardshorts? Would you wear them out?