He was about to give the man at the front desk a piece of his mind. He had some of the worst customer service experience in a long time, after all, these people had overcharged his credit card two months in a row. The fitness club manager was a shady character who wore warm up suits and gold chains and spoke words like “your health is the most important thing to us.”  My friend stood at the front desk getting the run around on why the charge discrepancy. As his righteous indignation grew into plain anger, and the level of his voice began to raise he suddenly stopped dead on his tracks. 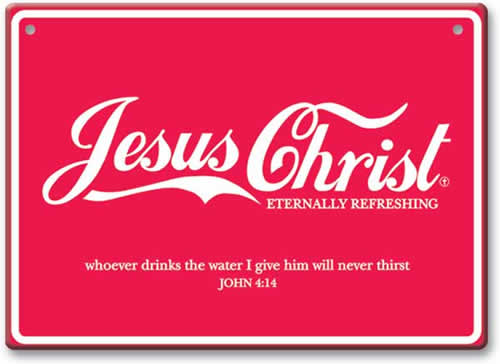 I stood to the side of him watching the whole exchange go down. Secretly, I was looking forward to the show down between Dickie and the smarmy manager. But it didn’t happen. Dickie, stopped talking and said, “I’ll deal with this later,” and walked away.

I made my way into the club and found him a few minutes later. “What happened? Why didn’t you finish the conversation.” In my mind I was thinking, “I had front-row seats to see you take down Mr. Smarmy.” His reply was not what I expected. He looked my in the eyes and said, “I couldn’t do it. I have Jesus on my back.” The look on my face must have given my bewilderment away because without saying anything else, Dickie turned around and pointed to the large letters resembling an old Coca Cola logo: JESUS CHRIST stamped all over his shirt.

That happened several years ago, but I have never forgotten that conversation: “I’ve got Jesus on my back.” Even before the WWJD bracelets became popular, I always thought of Dickie’s sudden realization that he was wearing his religion, literally.

Since then I have always struggled with the question, “how much differently would I act if I had Jesus on my back constantly?” What would my conduct be if the words “Jesus Follower” were branded on me for all to see?  So, maybe it’s a t-shirt, a rubber bracelet, or even a tattoo, but from time to time, I believe we Christians need a visual reminder that Jesus not only has our back, but He’s on it.

What do you think of wearing a reminder of your faith? Is that a cop out or a legitimate help tool?