Assumptions don’t always work out for me.  Well, I could sanitize the word a bit and call it a “myth” or an “erroneous supposition,” but at their core, these are lies that I have treated as facts. Some are as innocuous as “if I train hard I can be a competitive runner.” Well, If I train harder, I could potentially be faster than I am now, but I’ll never be a 5-minute-mile elite athlete. But then there are lies that can derail your entire life. One of them has cost me a lot of pain until I came to grips with it. Somehow early on my childhood I believed that if I couldn’t be the best in doing something, than I shouldn’t even try doing it. If I couldn’t do it at a 100 percent, than I would do nothing at all. 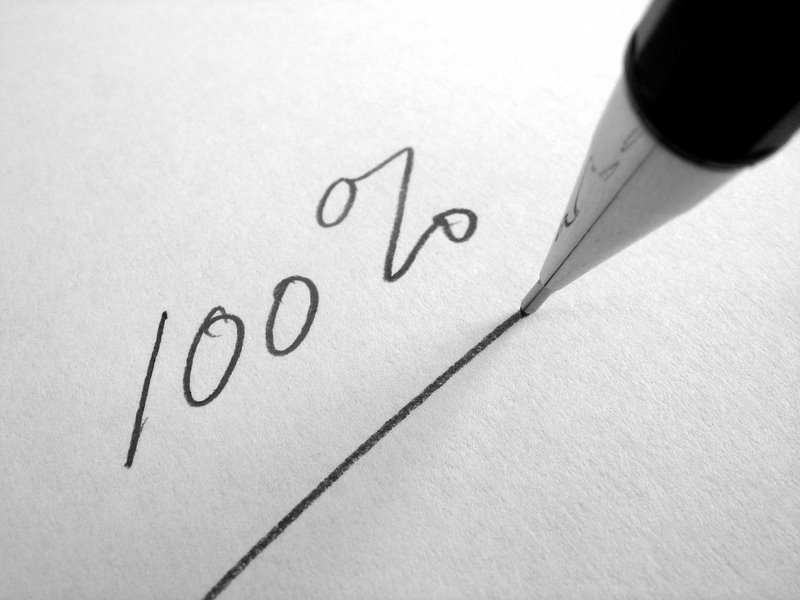 That sounds like crazy talk, doesn’t it? After all we all know that we can’t be the best at everything. Truth be known, we can only be good at very few things. “You’re a perfectionist,” you might diagnose me, but I was convinced from an early age that I was expected to excel in everything I did. I can recall even to this day many activities and opportunities I missed out on because the threat of not mastering them kept me from even trying.

But I have a hunch I’m not alone on this one. I see people who “lapse” during a diet and then they just give up completely: “since I ate that pizza I went ahead and order the brownie and ice cream.” In their minds, once they “blow it” then all the effort is wasted and the opportunity is gone; one slip up and you’re out of the race.  I have known people to make pledges to church financial campaigns and not be able to fulfill their pledges. Instead of giving what they can, they decide not to give at all. If they cannot do it at 100 percent, they don’t do it at all.

We all know that we’d be better off with 70 percent effort in our pursuit of health meals than nothing. We should reason that our church could benefit from 50 percent fulfillment of our pledges than our not giving at all. While I’m not advocating laziness, sloppiness and poor work ethic, but I’m certain that sometimes even the little we have offer is more than sufficient.

Somehow we have distorted the fact that doing our best and being THE best is the same thing. It’s not. The first is our responsibility, the latter a big fat lie.

Is there an area of your life you’re not willing to tackle because you’re afraid of failing?

What if just 30% worth of success was enough to make a difference? Would you try it then?