There’s nothing worst than being stuck. That’s a place where you’ve tried everything you know, every trick in the book and nothing has worked. And now you find yourself not able to move forward, upward, sideways or even backwards. The odds are you’re stuck right now trying to figure out what to do next. Some part, or facet of your life is paralyzed, literally stuck. You can’t make a move because, from where you are, there are no moves to make. And now what? 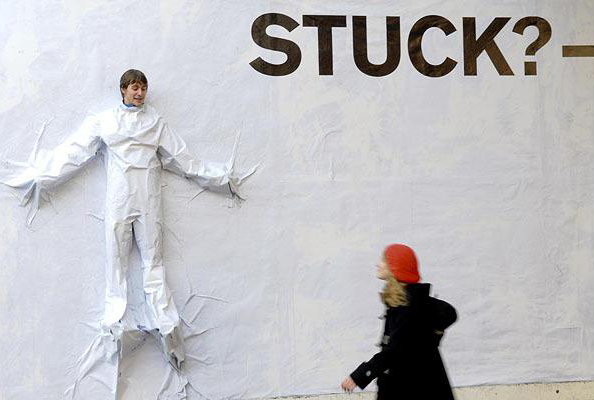 Maybe it’s your career. After all the years of school, work or both, you should be further ahead, but you’re not. You’re stuck.

Maybe you’re caught in a relational nightmare. You’re tried everything you know to move out of this bad place but nothing has worked. What once promised so much happiness is now a source of pain and regret. You’re stuck.

Finances are always getting people in trouble, but you never thought it would be a problem for you because you have always managed to make it work. That is until now.  You’re stuck.

Spiritually you want to live out the epic story you believe God has for you, but your heart is dry, your faith is low and God no more speaks to you than does the man in the moon. You’ve even stopped wondering through the wilderness. You’re just stuck.

Today I was reminded of the Old Testament story of Joseph. Remember him? He was sold in slavery by his jealous brothers, was falsely accused of attempted rape by his boss’s lusty wife, then sent to prison and left there for years stuck in one bad situation after another. And yet, later in life, Joseph was the one who devised and implemented a plan that saved an entire nation, including his own clan. At the end of Genesis, he delivers the most poignant line of his story: “What people meant for evil, God used it for good.”

There’s so much we can learn from Joseph. However,  even before he knew God was going to use his circumstances for the good of nations, even while he was stuck in bad situation after bad situation he couldn’t predict or control, Joseph always remained faithful. He did the right things and kept doing them until his destiny was fulfilled.

I’m stuck right now. There are important relationships is my life I don’t know what else to do to restore them. I’ve exhausted all my resources, and quite frankly, all my patience as well. The last thing I want to do is to be faithful and continue to pursue them. After all, I feel I’ve done more than my fair share.  But I know that if I quit, I will be stuck here forever. If I chose not to be faithful in pursuing them, there will be no redemption, no restitution and God’s best for me will go unrealized. So, I’ll keep being faithful, sometimes unwillingly, but always hopeful.

Where are you stuck right now?  Where do you need to continue to be faithful?