Last week I was flying to Orlando to speak at a conference. The flight was full with not a vacant seat in the whole plane. Half-way to our destination a lady two rows to the front right of me started having an attack. First she vomited and then her body began to convulse. Things weren’t looking good. What follows next was a lesson in team work and how being prepared for an emergency makes all the difference.

The Southwest crew jumped into action right away. They moved the two passengers in that row out and began dealing with the sick woman. At one point, one of the flight attendants plugged a microphone/headset combo into a jack on one of the overhead bins near the lady and began communicating with ground EMTs in order to diagnose the issue. They identified family members who were on the plane and probed on medical conditions as well as drugs in her system. 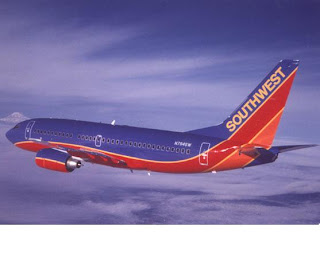 At the same time they enlisted the help of a couple of passengers who were near by to help them make the patient more comfortable. They found a physician on the plane and asked for his help.

I was sitting next to the window on the exit row and watched in amazement as their training and readiness helped them save a life.

This experience made me think of a lot of churches and organizations that have never trained their staff and volunteers on how to deal with a medical emergency or an act of violence–as we have seen happen more often lately. Being proactive is not in our nature. It’s much easier react to our circumstances, but that might be the difference between life and death.